A dense, perennial tussock with narrow leaves, which can be green, purple or even blue in colour. A soft, dense, greyish-green tussock grass with loosely rolled, slightly hairy leaves, which grows to a height of 30cm. 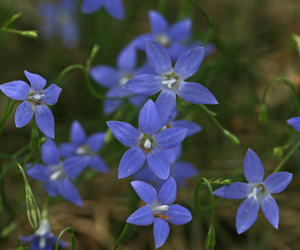 A tufted perennial with open branched flowering stems and a vigorous root system. A small to medium perennial with erect, succulent, rush-like leaves.